Dunkin’ Donuts bag stuffer featuring the iced coffee beverage. This promotional item was placed in bags during the morning rush to encourage repeat customers later in the day. Four coupons were printed on the back, but were only valid after 2pm, thus making an afternoon coffee run more likely to occur at Dunkin’ Donuts. 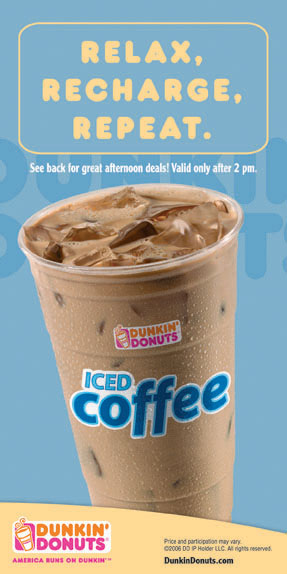 Dunkin’ Donuts poster that advertised a Wednesday deal on a dozen donuts. The large image of the donuts enticed consumers to pick them up on the way home from work to be eaten the next morning for breakfast. 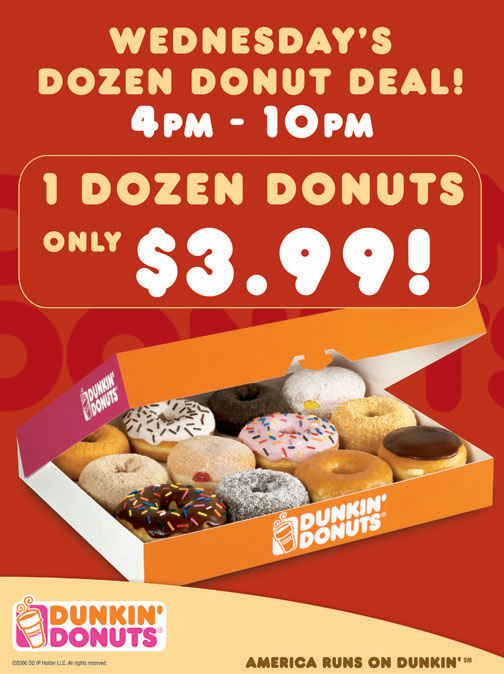 Dunkin’ Donuts Happy Hour POS kit was created to drive late afternoon traffic into the stores. The iced beverage line was featured for $1 off during this summer promotion. The kit included a pole banner, window cling, table tent, outdoor banner and drive thru sign. 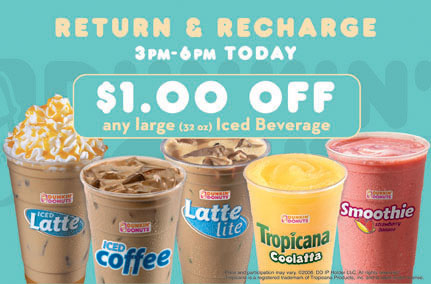